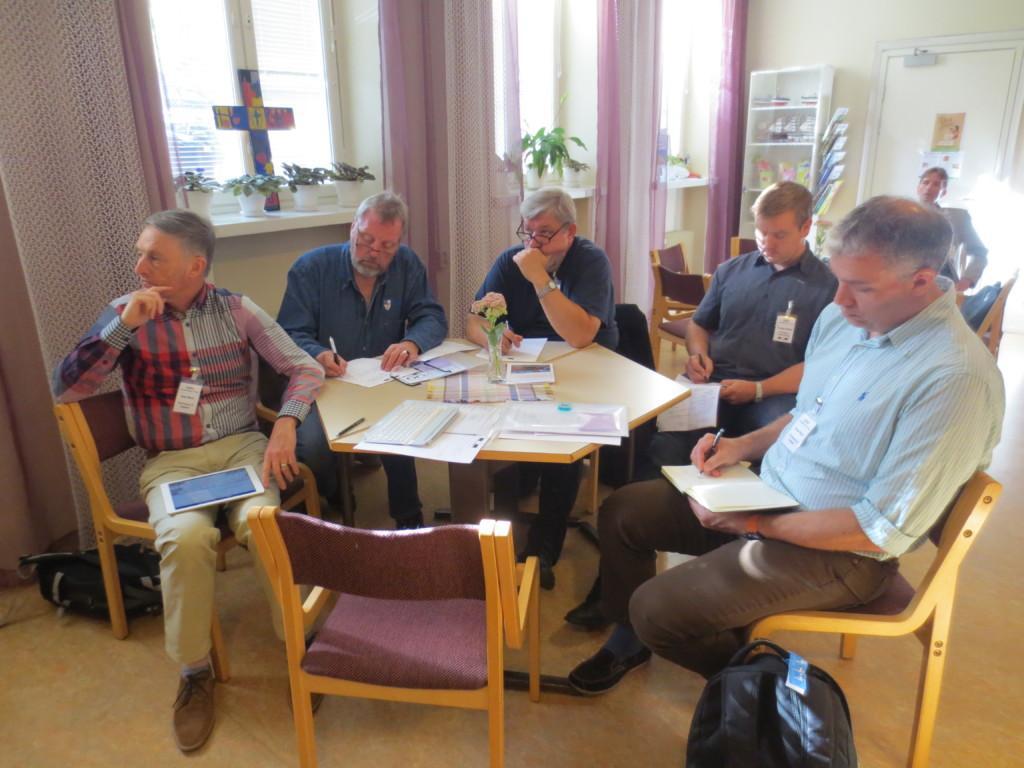 The Anglo-Scandinavian Pastoral Conference has a history that goes back to 1978, when the first conference was held. Since then, the conference has been arranged every second year. The aim of the ASPC is to support the ecumenical dialogue through the dialogue between parish priests, sharing and reflecting on their experiences.

Short introduction to the ASPC

This introduction was written in connection with the 11th ASPC, held in Tallinn, Estonia, 1996.

The second half of the 1960s saw the start of a new era in relations between the Anglican and Lutheran Churches. The theological and informal exchanges of those years gave rise, in 1970, to the Anglican-Lutheran Conversations, whose report (the Pullach Report, 1972) called for exchange and study at all levels. The Pastoral Conferences came into being as an Anglo-Scandinavian

response. Since 1978 they have provided a means of bringing into dialogue representatives of the English and Nordic Churches, to exchange insights about the mission of their Churches and to share experiences.

The representation of the Nordic and Baltic Churches is three delegates each for Denmark, Norway, Finland and Sweden, one for Iceland, and eight for the Church of England. Since 1990 the Baltic Lutheran Churches of Estonia and Latvia have been full members, each sending one delegate.

The Anglo-Scandinavian Pastoral Conferences meet every two years, either in England or one of the Nordic countries. The ministry of the host Church is studied through seminars, study-visits and residence with host clergy and people. This study stimulates an extended and broadly based Anglican-Lutheran discussion on the role and mission of the Church in the modern world and on the practice of ministry.

Each participant takes back to his or her own national Church insights about its life and mission gained from the perspective of the conference. Some are called upon to lead seminars about their findings. Participants also report back to their respective sponsoring bodies. In due course a Report on each conference is published in the eight countries.

Two important landmarks in Anglican-Lutheran relations in the past few years have been the publication of the reports of the Anglican-Lutheran European Regional Commission (ALERC) in 1982 and of the Joint Working Group of the Anglican Consultative Council and the Lutheran World Federation (ACC/LWF) in 1983. In both reports, mention is made of the value of exchanges on the pastoral level between the two traditions and the Anglo-Scandinavian Pastoral Conferences are specifically referred to. In the latter report they are commended, together with the Anglo-Scandinavian Theological Conferences, as models for ecumenical exchange in other parts of the world, with the purpose of examining and preparing ways to full communion and exploring jointly common pastoral and evangelistic challenges and opportunities.

In 1987 a Continuation Committee, now the Anglican-Lutheran International Commission (ALIC), produced the Niagara Report on episcope. During 1989-1992 formal conversations took place between the British and Irish Anglican Churches and the Nordic and Baltic Lutheran Churches, resulting in the Porvoo Statement. It is expected the statement will call forth, inter alia, the further development of such exchanges as the Pastoral Conferences in the context of many other pastoral, theological, and church-structural initiatives. The Porvoo agreement was published in 1993, and was accepted by the Church Assemblies of Estonia, Sweden and the Episcopal Church in Scotland in 1994. The

Whilst the Pastoral Conferences immediate objective is to provide the occasion for the exchange of insights and experiences between the individual participants, they have an acknowledged part to play in this broader ecumenical endeavour.